Errol began his solo career with the release of his 1987: EP titled “Chant, Chant” and a video titled “Special Effect.”

Errol Blackwood was born in the Accompong (Maroon) Hills of Jamaica. He moved to Toronto Canada at an early age where he learned to play the Bass Guitar. He played with several bands in Ontario doing a mixture of RNB, Rock and Funk. His love for music comes from a variety of sources, from the church of his father who was a pastor, the Nyahbingi Drummers, the School music drama concert and the Jukebox playing from Country to Rhythm n Blues. In 1980, Errol formed the band Messenjah, along with Ray Ruddock and Rupert Harvey. They recorded two albums and a video under the WEA record label. Messenjah toured extensively for 6 years traveling across Canada and the U.S.A The band regrouped in 1986. Highlights included sharing stage with Hugh Masekela, The Clash, Frank Zappa and, Reggae Sun-Splash CBC TV Concert in the park and Much Music cross Canada simulcast. 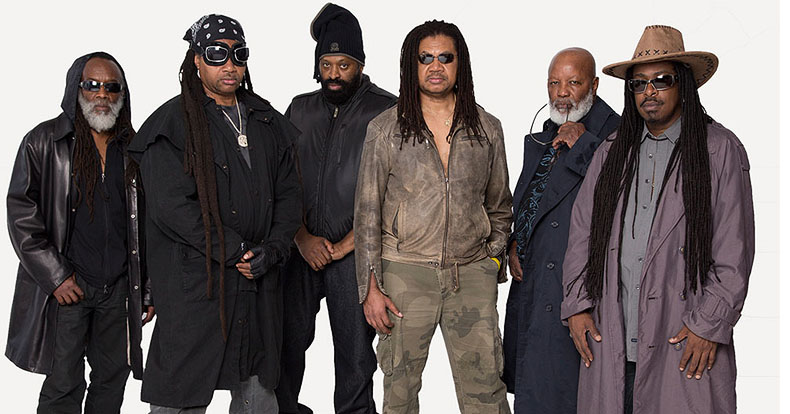 Messenjah is a roots reggae band that was formed in 1981 in Kitchener, Ont, by Errol Blackwood (vocals, bass guitar) and Rupert 'Ojiji' Harvey (vocals, guitar, alto saxophone), the latter previously with the Toronto reggae bands Crack of Dawn and Inner Fire. Other early members were Eric Walsh (guitar), Hal Duggan (keyboards), and Raymond Ruddock (drums). Messenjah released its first album, Rock You High, independently in 1982; it was re-issued by WEA (25-02021) in 1983. Jam Session (WEA 25-04551), with percussionist Tony King added, followed in 1984. Harvey (b Clarendon parish, Jamaica, 9 Feb 1955) assumed the leadership when Blackwood left Messenjah after Jam Session to pursue a solo career. For Messenjah's third LP, Cool Operator (1987, Version VLP-001), Harvey, Duggan, and Walsh recorded with Charles Sinclair (bass guitar), Haile Yates (percussion), and Crash Morgan (drums). Donovan Black replaced Morgan on Rock & Sway (1990, Kick Up KUCD-100). Working after 1985 out of Toronto, Messanjah has toured extensively in Canada and the USA, and appeared in Jamaica (eg, Reggae Sunsplash, 1985), developing an international reputation as one of the leading non-Jamaican-based groups in reggae. The band was seen in the US feature film Cocktail (1988) and contributed to its soundtrack. Messenjah's best-known songs, in a progressive, upbeat reggae style flavoured by funk, pop, rap, dub, and rock, include 'Arrested,' 'Rock You High,' 'Jam Session,' 'Cool Operator,' 'Crazy,' and 'Could It Be I'm Falling in Love?' Typically, 'Crazy' employs sweet vocal harmonies in the US 'soul' style, as well as a rap section, over a relatively soft-edged reggae rhythm. Read more on Last.fm. User-contributed text is available under the Creative Commons By-SA License; additional terms may apply. 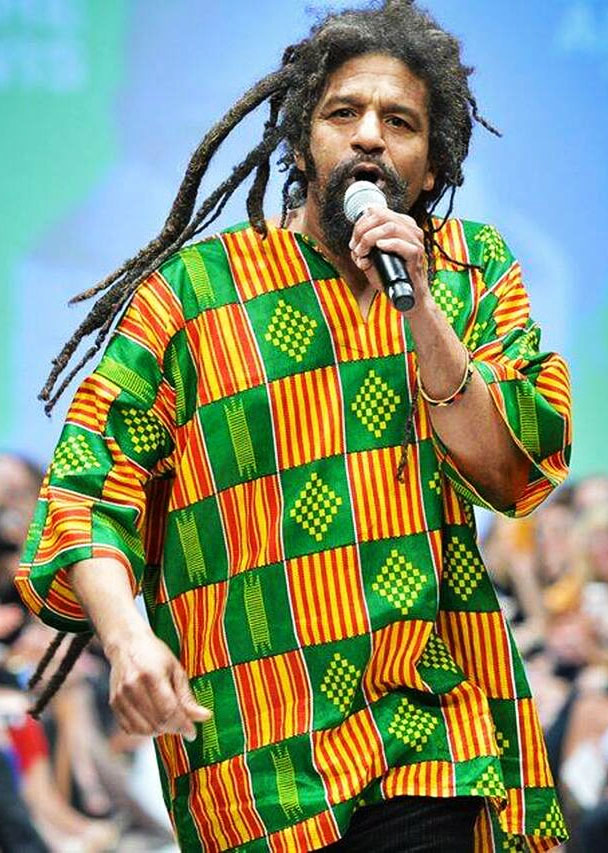 Looking back, if he had one thing that he would advise his younger self to do, he said, “Oh, I would have practised a lot more. Like, a lot more, as a kid.” John played a lot with other bands in high school. Every year, until he was 16, he remembers entering and winning music competitions but thinks he should have practised more and also, “I would have told myself to get into the engineering.” His first two albums were created in Toronto and were very time consuming and expensive.

Jamaican born Canadian based singer and Basest captures the essence of roots reggae with hungry tunes of love, redemption, judgment and hope.

HONORARY AWARDS Since 1990 Errol has been nominated in fifteen music awards, he has won eleven, including award for best CD, Best Video, Best Toronto live band and Best Singer. CANADIAN REGGAE MUSIC AWARDS /CRMA 2003: Best CD of the year for his latest CD, Rastaman Say. 2003 CANADIAN INDIE MUSIC AWARDS Rastaman Say Nominated. 1995 Top reggae Singer (male) 1993 Top reggae Singer (male) 1992 Top Reggae Video, “Un-foreign Dub” 1992 Top reggae Singer (male) 1992 Top Video: “Arrested” From the LP “Warrior” 1992 Top Video: “Irie Dread/ “Warrior” 1993 Top Singer (Male) 1990 Top Album: Warrior 1990 Top reggae Singer (male) CANADIAN MUSIC VIDEO AWARDS: 1992 Best Video, “Arrested,” from LP “Warrior” TORONTO MUSIC AWARDS: 1988 Best Reggae Artist/Performer CANADIAN ACADEMY OF RECORDING ARTS/JUNO AWARDS: 1996 Nominee for CD: “Waking Up the Dream” 1987 Nominee for EP: “Chant, Chant” PERFORMANCE AND UPDATES 2014 Warner Music Canada released messenjah album digitally FEBUARY 8 2014 Performed with Messenjah AT Lee’s Palace First Reunion in Decades. Look out for more Messenjah Reunion Concerts coming up this summer 2012 Performed for the Hon Stephen Lewis foundation Benefit at the Canadian Fashion Week Dare to Ware Event 2011, New CD Title Love Is How Released June 3rd 2011 at Kitchener Centre in the Square. ING Lounge. August. Opening for Rasta a Souls Journey Documentary. Iriefest Queens Park Toronto. Bob and Peter tribute with Bushman. Toronto Yacht Club June. 2007 Recording his New CD Family Tree. 2007 Toronto City hall on Iriefestival CBC Radio: Featured Interview’s on CBC Big City Small world and Metro Morning 2007 A promotional tour to Austria for the opening of the film: Paradise Island. 2005 highlights include Headlining the Irie Reggae festival at Ontario Place. Fronting the Blue Jays at the Sky dome in Toronto. Reggae Festival: The Road Island Reggae fest in the USA 2005 August 4th at Toronto Harbourfront CIBC stage, Freak-fest in London Ontario and City hall summer concert in Kitchener Ontario 2002 tour includes performance at the New England Reggae festival, with Marcia Griffith and Ika Mouse. Marcus Garvey day, Toronto, Ontario 2001 Bob Marley Festival Tour Texas at Velvet Park for Bob Marley festival. He also performed with the London orchestra for the Canada Games in August 0/1. Other performances include a full house pre release party at the Ceeps in December 0/1. For Roots and Lovers Collection CD Special performance in 2000 at the Toronto ITU Triathlon World Cup in July at the exhibition place live performance at the Kitchener City Hall for Rogers TV Summer Festival 2000. 1998. Lead Singer for the Bob Marley Wailers band on a tour in California. 2006 wrote and perform the theme song for the Paradise Island movie. Filmed in Mexico by Visual Kings of Austria REVIEWS FOCUS Magazine (Toronto) – had this to say about Errol: The Skipah is a product of the courageous Maroons. He is a serious Rastaman. Errol’s faith is the driving force in his life. It characterizes his being. With his sporting majestic dreadlocks, he pens plays and sings out his hunger for Justice and Equal Rights. He is certainly one of the hardest working entertainers in Canada today. The Kitchener Record Newspaper (SHOWCASE) – had this to say: Errol has a voice full of richness and is a masterful bass player. Errol sings of struggle, love and life, all with the same positive feeling. Not only does he write excellent songs, but he has also masterminded video renditions of his material. A performance by Errol and his band Injah transcends mere playing, taking you on an appealing versatile and spiritual trip through the heartbeat of reggae. Lake Head University -Thunder Bay {THE ARGUS} Imagine the herb-enhanced vocals of Joe Cocker and the lyrical grace of Eric Clapton. Errol in all his Rastafarian wisdom delivers even more of a powerful mix with his new CD release, “WAKING UP THE DREAM.” recorded in Jamaica. 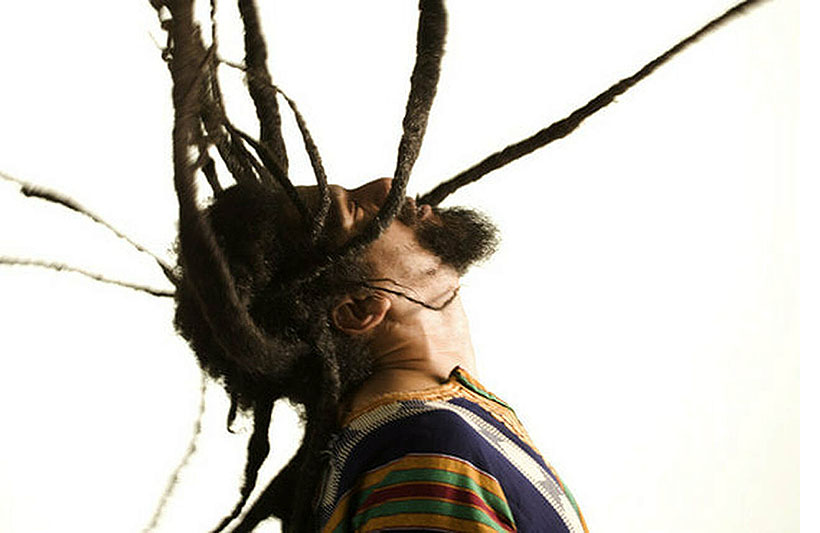 One listen and you will feel the most passionate, vocal presence and skillful instrumental-punch penetrating your spirit with good vibrations. Errol’s CD, “WAKING UP THE DREAM,” an investment that is truly a collector’s piece DUB MISSIVE INTERNATIONAL VOL X, N0.3 HAD THIS TO SAY. Waking up the dream by Errol Blackwood hits dread on The Jamaican born Canadian based singer and Basest captures the essence of roots reggae with hungry tunes of love, redemption, judgment and hope. His sweet throaty vocals lend themselves to so many styles and he easily maneuvers from lover’s rock to righteous anthems of roots. I’m the one is one of the strongest dance tracks. The gritty reality of one urban family is reason to weep on “Little Bit of Tear as Blackwood narrates a tale of despair: “Eventually you loose reality/killing then just becomes another spree/ and the children die/ how could we close our eyes. Free world bounces back with a hopeful kind of Bob Marley meets Talking Heads admonishment to the shitstem and its slick-talking purveyors of false freedom.”Liberty Woman is a slow burner. Saving the best for last, the most outstanding is the nyabinghi-style “Mandela” with bass drums laying the heart beat foundation. Blackwood hails the great freedom fighters. His raspy voice calling with emotion as he begs us to heed the message and carry on the dream.

Errol worked with several musicians over the years, among them are The Cool Ruler Gregory Isaacs who sang on a track titled GOT TO ROCK from his first solo album WARRIOR.